History of the domain

History of the domain

This area is the result of centuries of evolution.

The end of the Old Regime 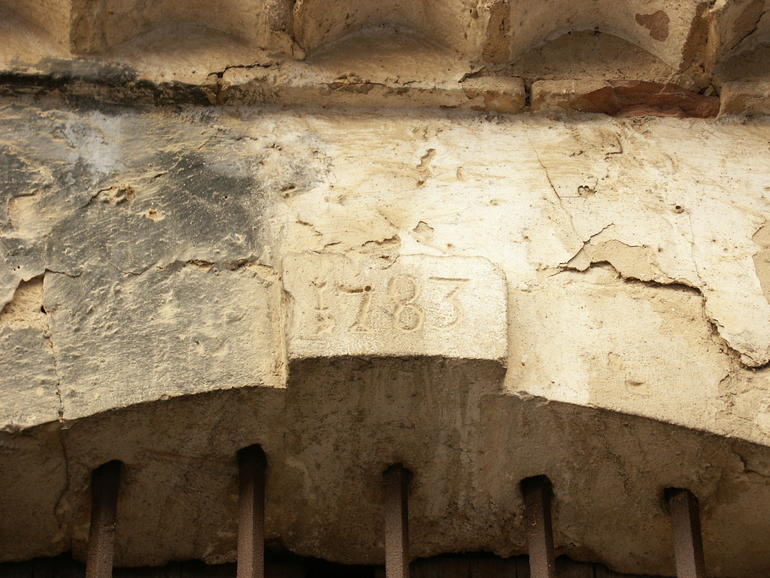 Year of construction of the so-called farm "of Nismes Bridge"

400 years ago, the lands belonging to the duchy of Uzès, were exploited with sheep, vineyard plots, derelict land and natural forests for hunting. The French Revolution of 1789 led to the expropriation and dispersion of the lands and properties.

The establishment of the Napoleonic registry

First Napoleonic registry-extracted from the Departmental Public Records of Nîmes

The lands were parceled and a domain emerged. In 1807 Napoleon, to achieve a tax collection, imposed surveys of the properties. Our research at the Gard Departmental Public Records, led us to discover the first name of the domain: "The Nîsmes Bridge's farm" and we found that all the land and houses were owned by the Pérouse family. The old registry is identical to the registry of 2004. 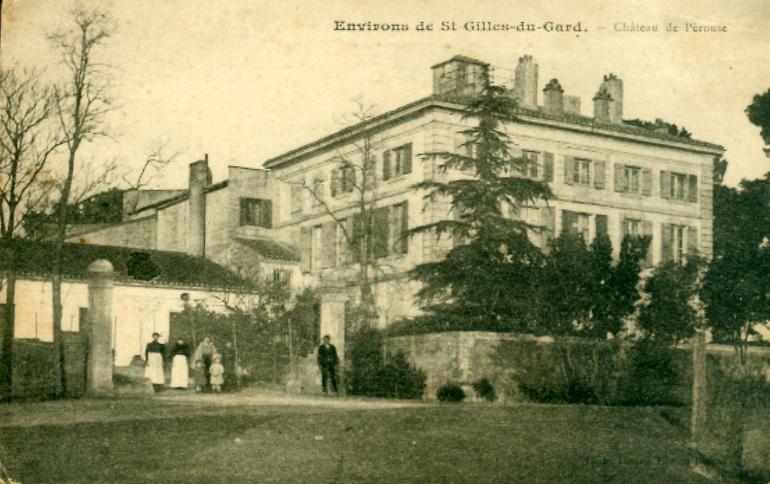 Postcard from the castle in the early 20th century

A beautiful house of 750m² was built in the middle of pines, oaks, laurels and clearings. It was erected, as was usual at the time, to accommodate the owner's family. The house, the flower garden, vegetable gardens and outbuildings such as a barn and a farmhouse for the staff, was all surrounded by a wall. 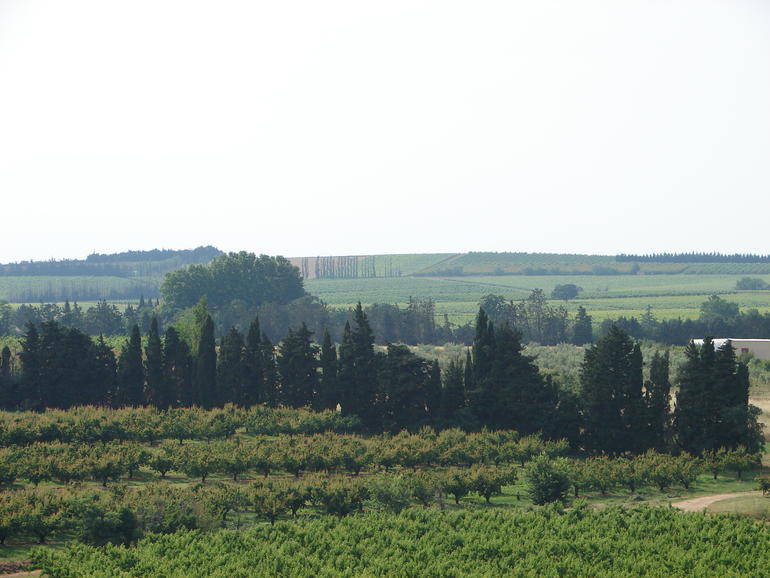 Like most domains in the area they grew vine because the plant does not need water. The vineyard from the Roman-era was one of the oldest in Europe. Unfortunately, the phylloxera (pest of the vine) appeared in the department in 1863, as well as the Oídium (mushroom), eradicating dramatically the wine plantations. It took 50 years for the region to recover from this epidemic. 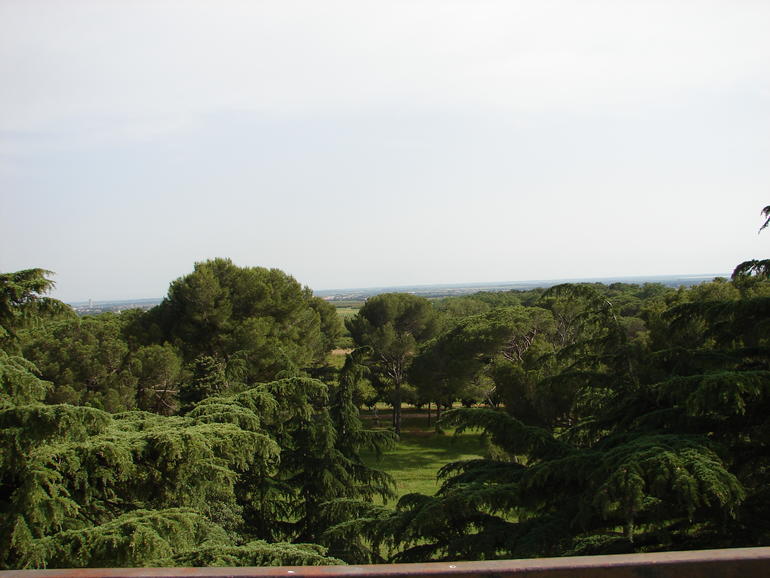 View of the belvedere

In the early 1960s, to prevent such an economic collapse again (critical problem of monoculture), the authorities and people of good will, decided that it was necessary to move towards agricultural diversification. Technological progress was considerable and gave the opportunity to finally make this area accessible to a diversified agriculture.

Philippe Lamour lawyer and State Official, living on a farm in the Gard since 1942, inspired a qualitative approach by the study of substrates, new varieties of vines, oenological research and modernization.  In October 1944 he was asked to establish a Departmental Agricultural Committee in accordance with the Order of October 1944 by the Minister of Agriculture, François Tanguy-Prigent. In 1955 the state created the National Company for the Development of the Lower Rhone Region Languedoc (BRL) for the realization of this ambitious program, of which Philippe Lamour  was President until 1974.

The engineers created a complete hydraulic system that allowed the use of the Rhone water. This salutary water enabled a radical transformation of this vast plateau without natural irrigation, into an Eldorado suitable for implantation of orchards of apricot, peach and apple. Besides that, the vines returned, and the clay soil gives the wine a typical character which allowed its classification of AOC in 1986. 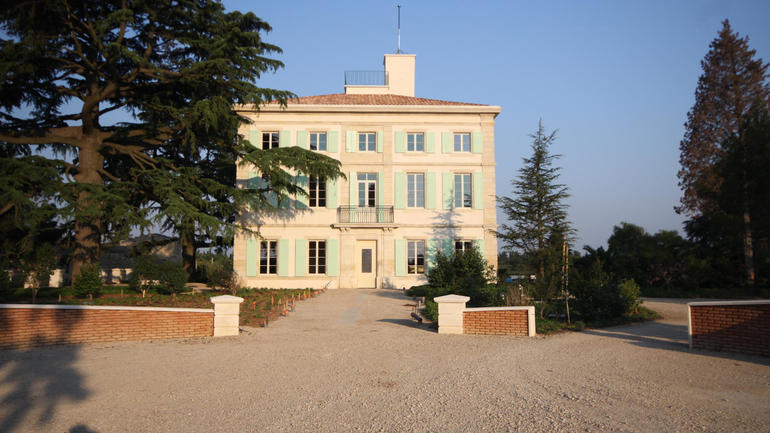 It was 45 years later that this agricultural area changed owner and the new adventure began ...

The domain consisted of the nineteenth century mansion, a park, a few orchards and olive groves. The new owner who is passionate about history, botany and architecture immediately saw the potential of the place. In conjunction with the renovation of the "castle", he undertook the complete overhaul of the garden walls, created an artificial river and proceeded to beautify the park and surrounding area.