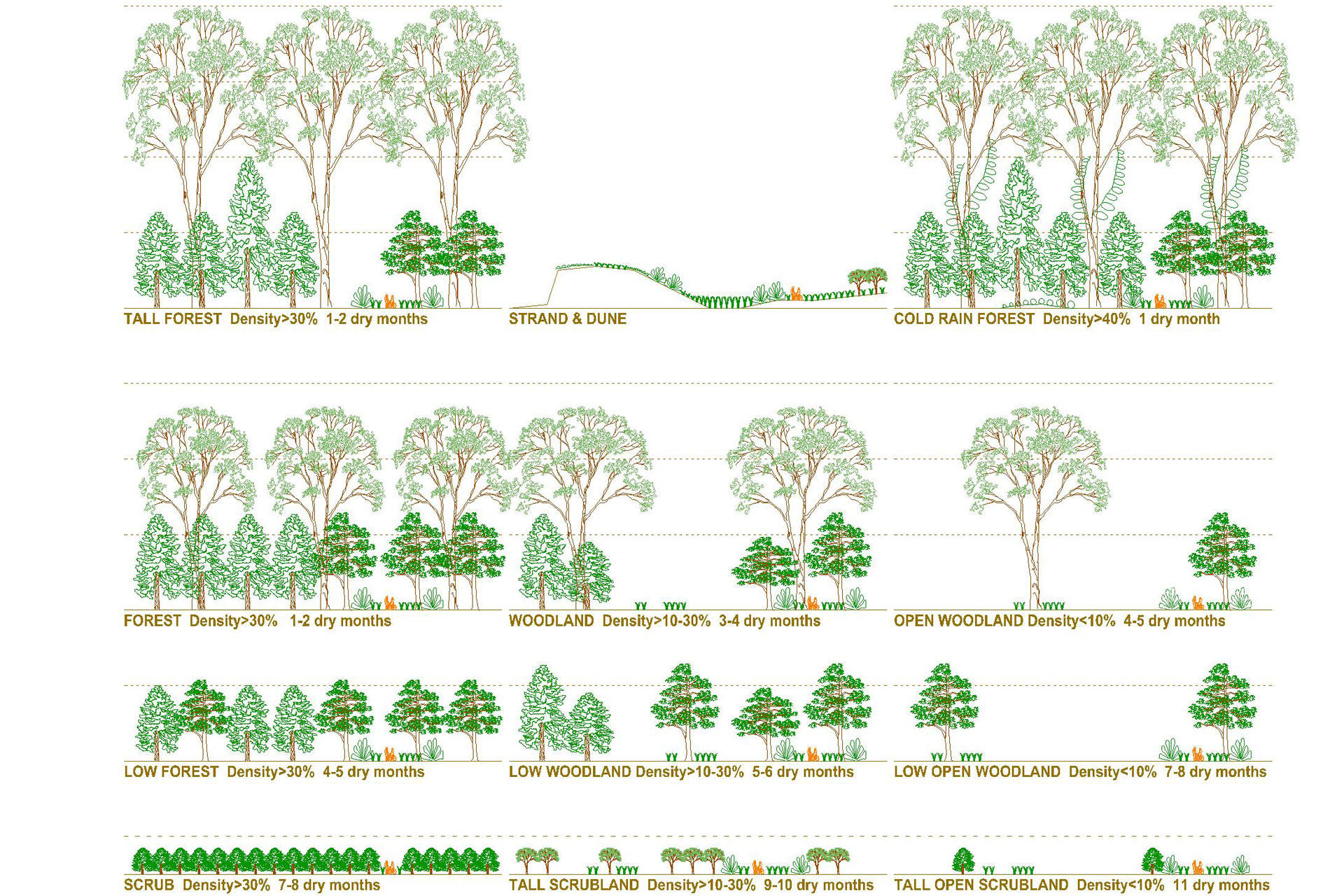 The following description helps you to understand the plant panel of the five areas which are in fact the same types of vegetation (with variations).

Shrubby form: This type generally defines a shrubby evergreen with sclerophyllous leaves. Variants are as follows:

Coastal vegetation: Used here to define a coastal plant community composed mainly of low shrubs adapted to wind and sea spray. This is usually a variation of shrubs, thickets and grasses on the dunes and beaches. The Chilean Matorral becomes the coastal Matorral. Australia or South Africa described areas will come closer to Matorral and finally in the Mediterranean Basin, the scrub will consist of low shrub adapted to severe drought. (For information, this form of vegetation is called in Phrygana in Greece and Batha in Israel.)

Mixed areas: these areas could be designed as "timber" where the trees are far enough apart to allow room for a variety of shrubs, herbaceous plants and grasses. The deciduous oaks dominate the forests of California and the Mediterranean basin. Eucalyptus is the spices the most present in Australia. Likewise the Nothofagus in Chile. In South Africa, woods and forests are far less present than in the other areas. The woods are mainly found in agricultural used zones, which means that a large proportion of this vegetation has been converted into pasture.

Forests: They are composed of trees whose density provides substantial canopy. They need more water than other varieties but are nevertheless subject to light and they are adapted to the summer drought. We find oak and mixed sclerophyllous forests in California and eucalyptus forests in Australia. In Chile the sclerophyllous forest decreased at the same time as the development of human activity. The same has happened in the Mediterranean Basin which was once covered with oak forests but now only a few remains. The Cape region in South Africa has never had forest. You will have to go to Knysna (between Cape Town and Port Elizabeth) to find some vestiges prior to the European settlement.