Map of Australia with a selection of cities, parks and biomes 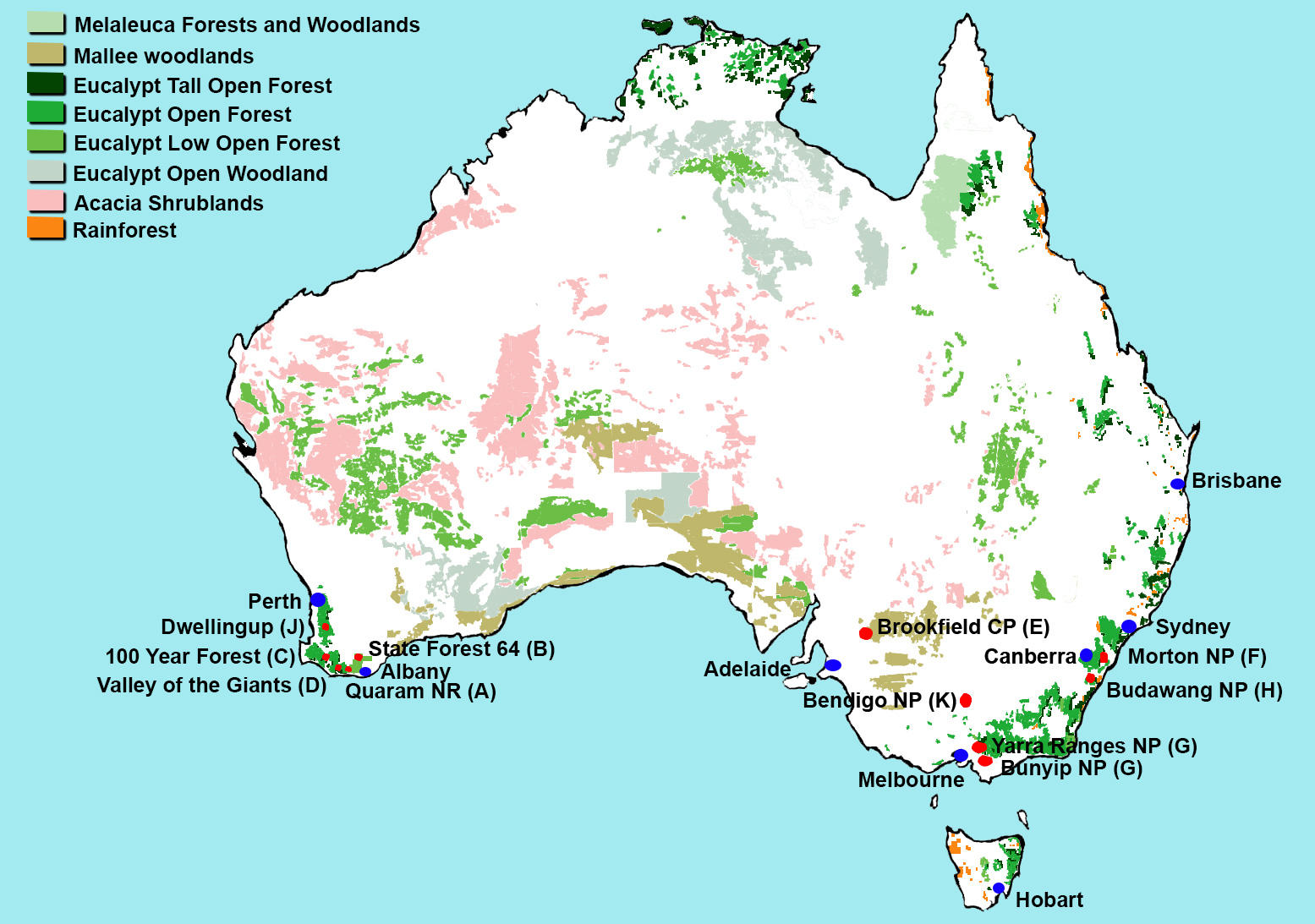 On a total area of 22 acres dedicated to Australian landscapes, 5 acres will be accessible by a guided tour through different mood images. This tour will give a condensed view of what Australia offers of Mediterranean-type flora.

An artificial valley will host a river of 180m followed by a dry river of 113m. Each ambiance image will follow the preceding giving a feeling of being in an Australian landscape.

These areas are on the route of the guided tour of the Botanical Park :

Australia zone - Zoom to see the detail of plantation 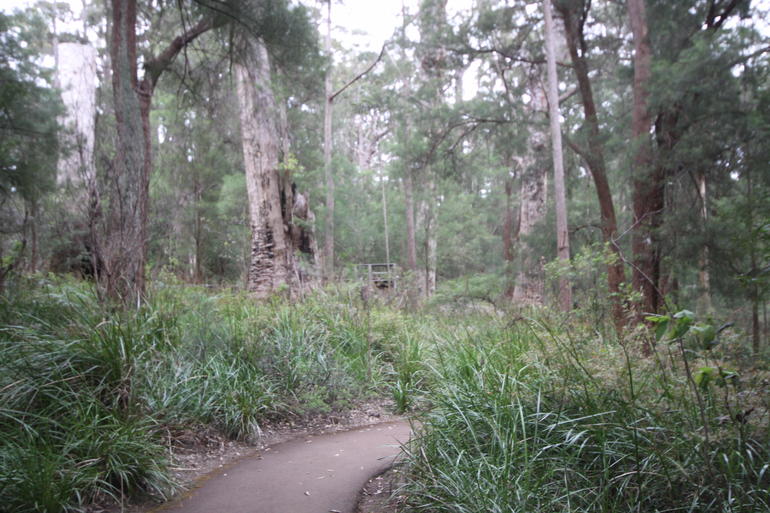 Australia covers an area of 7.692.024 km² and broke away from the super continent Gondwana some 65 million years ago. As a result, plants have evolved without interference by species from other continents which led to diversity and vegetation characteristics. Because of this there is a very strict ex- and import policy regarding other species in order to preserve the endemic flora and fauna.

Australia alone has about 20,000 plant species, 85% of which are endemic.  It is possible to identify about 8.000 Mediterranean plant species. This amount is still an estimate because new species are regularly discovered. It is impressive but logical because of the size of the continent.

Due to long periods of high volcanic activity and subject to sudden climatic changes, Australia has developed species with a high resistance to the long drought.

Two areas of this vast continent has Mediterranean climate

In contrast to other Mediterranean regions, these two areas in Australia does not have high mountain ranges (maximum 100 meters).

A bit of history 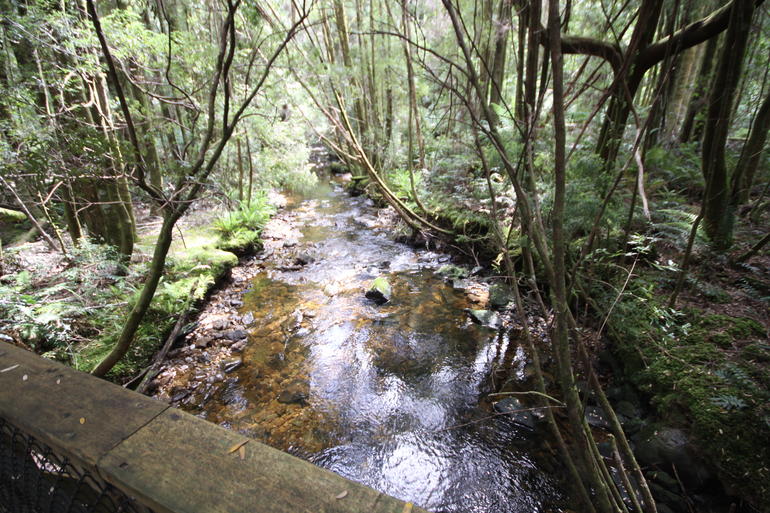 Apart from our own theme, it is remarkable to see the interest in these species by many explorers and botanists which gave the opportunity to grow many species, especially in Europe.

We can't talk of Australia without mentioning Jacques La Billardiere, doctor and botanist of the 18th century. His work led him to the Mediterranean (Lebanon, Sardinia, Palestine ...). He quoted one of the Arab poets:  "Lebanon, holds winter on his head, spring on his shoulders, autumn on his chest while summer sleeps at his feet."

In 1791 he was on the rescue expedition mandated to find the fleet of the Count of La Perouse who had vanished in Oceania. This trip lasted for 6 years. He used the stopover in Cape Town in South Africa to explore the area and to collect new species and varieties.

The expedition continued and he managed to expand his collections of many little-known plants or previously poorly described. La Billardiere and other naturalists made several expeditions inland. The ships of the rescue expedition carried out a reconnaissance of the southwest of Australia and Tasmania. Without going into further detail of the expedition and historical events, he managed to form a collections containing over four thousand plants of which three quarters were previously unknown species.

The title he gave his stories leave no doubt as to the essential contribution of his work: "Relation du voyage à la recherche de La Pérouse" (1799) which became the international bestseller "Novae Hollandiae plantarum specimen ", an extensive description of the Australian flora. 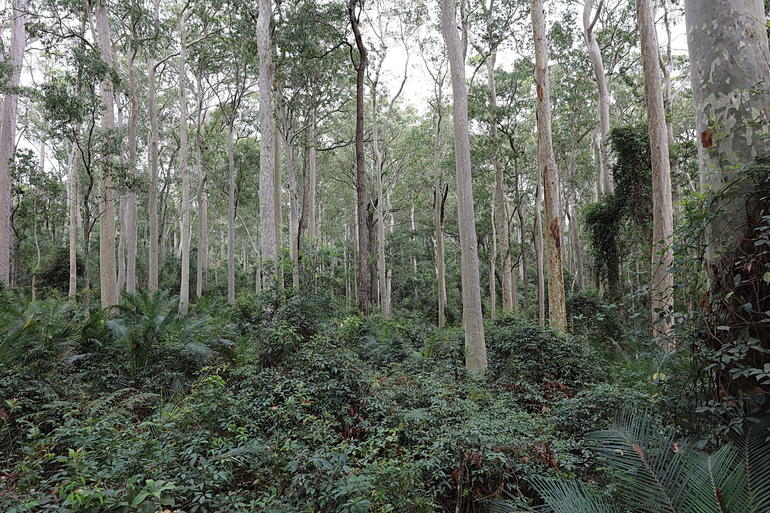 Sclerophyll forest consists of tall trees like Eucalyptus, Melaleuca and Acacia, under which there are shrubs such as grevillea and citrus, herbaceous part is undeveloped. Visually, we can describe a relatively high canopy enough "holes" to allow light to penetrate down and allow shrubs to grow.

Mixed forest as the name suggests, alternates large more spaced trees and shrubs and dense grass. The tall trees are sparse, shrubs and grasses take up more space. The atmosphere above the other areas, which will be drier. The water begins to fail, the vegetation loses height and adapt to a strong drought.

The kwongan, sort of scrubland composed of shrub and bush, is not poor on species contrary to the landscape might suggest. It alone contains 70% of the 8,000 species endemic to this region.

Visually we leave the "woods" to enter and bushy shrub heath. Drought has since long forced the vegetation to be content with little.

Kwongan is an aboriginal word for a kind of shrub and bushy scrubland. It represents the transitional zone between the mallee and desert, it resembles the Fynbos. The soil is rocky, sometimes sandy and eroded. The vegetation is extremely diverse and includes among others many Proteaceae such as Banksia and Hakea; geophytes like Callistemon; species of the family Epacridaceae and some Restionaceae as in the fynbos.

We finally find a different type of landscape, "Mallee", herbaceous and bushy landscape. Trees and shrubs grow by emitting many stems from the ground and less than 10m in height. The Mallee alternates with sparse groves of Eucalyptus and Melaleuca. Mostly found in the region of Adelaide, it can be compared to the mixed forests that are found in the western part of Australia. There are mainly Proteaceae (Grevillea) but also Asteraceae (Helichrysum). 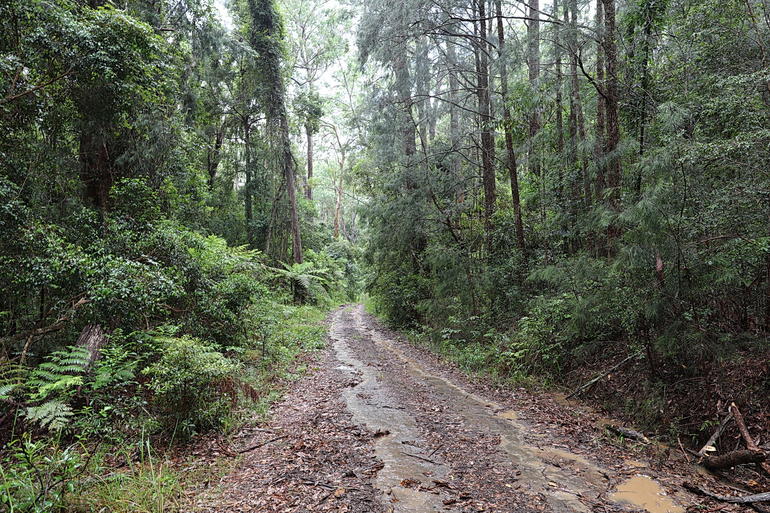 The implementation of such a project requires time, patience and vigilance. Each species is fragile nature and requires much attention. This is why the tour will be accompanied by a professional guide.

It's impossible to name all the species and varieties here that will be planted on this course. We possess over 900 different taxa. Here in pictures an idea of what it will be possible to discover. The Latin names of the most important plant species are listed on each photo.

Landscapes under development for the Australian section 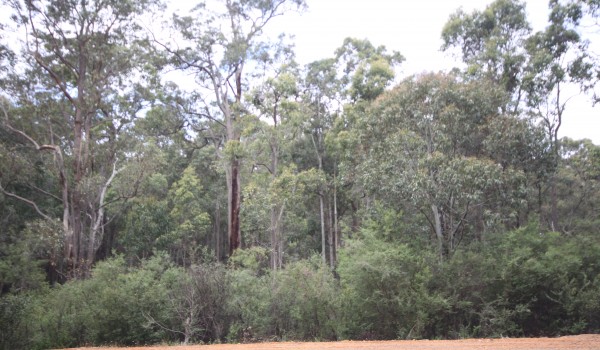 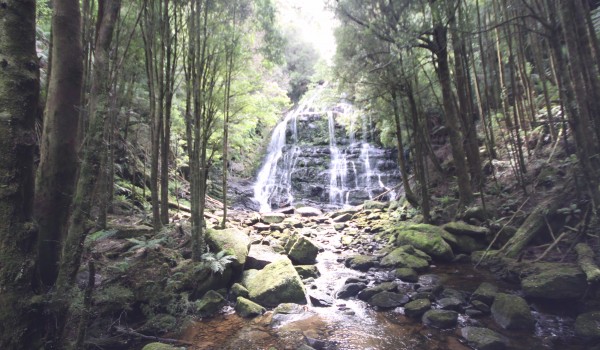 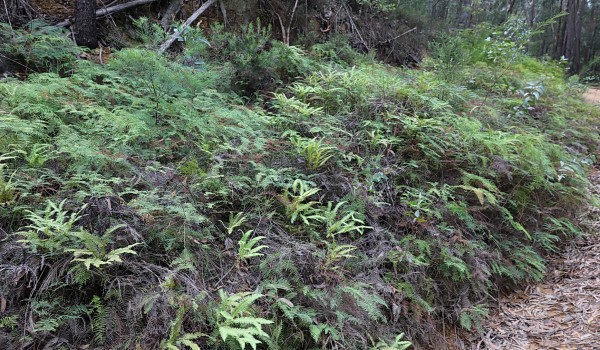 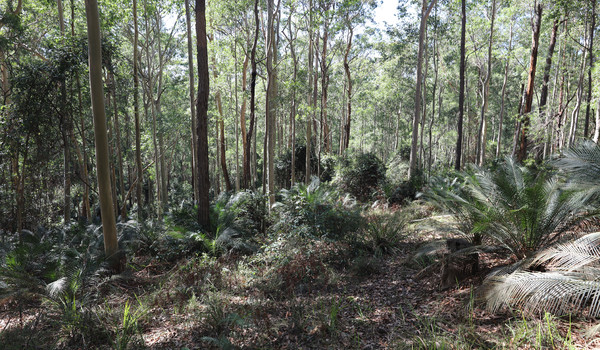 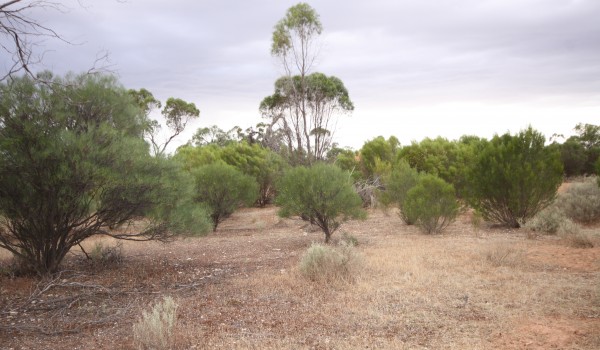