The collection was planted between 2007 and 2010 in the garden surrounding the castle and has replaced the original shrubs without specific interest, such as laurels. Their abundant flowering from October to May and their different colours, increase the interest of a visit during this period.

Soil, planting and watering have been studied to offer this collection, the necessary humid atmosphere to grow well and bloom better. Due to this effort they grow about 30cm per year.

The prestigious origins of our collection 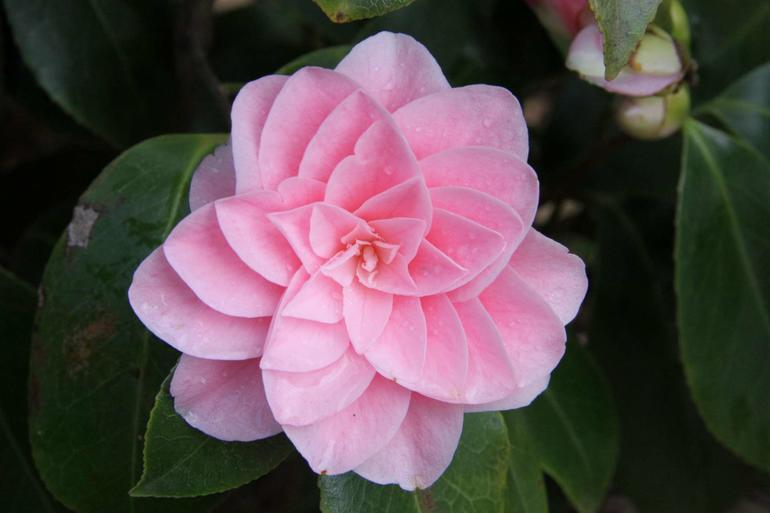 It is important to note that our collection is based largely on the mother plants (a mother plant is a plant of great size that is used for cuttings or from which it is possible to get seedlings) from the nursery Claude Thoby (Formerly Guichard) which is recognized worldwide. We planted no less than 107 shrubs from this nursery.

In the 1880s, Henry Guichard founded his horticultural establishment and began the multiplication of plants of Cape Town and New Zealand. In 1894, 235 varieties of camellias were already included in his list nomenclature. When he died, his daughters continued the mission of their father and in 1955 Claude Thoby who already ran the company, took over. This guarantees the quality of camellias implanted in our park.

The origin of the camellia 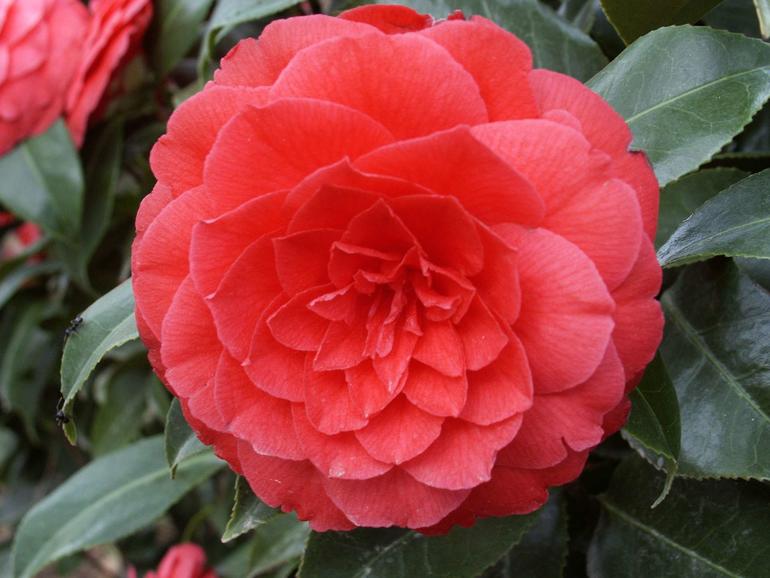 The camellia is native to the Far East, from the Himalayas and the area from Thailand to Japan. They mostly grow in the mountain forests up to 2,000m. Most of the endemic species are found in China in the provinces of Yunnan and Guangxi.

This is the amazing story of the discovery, by western botanists, of a floral jewel being part of Asian Heritage since time immemorial.

In terms of its dispersion in Europe, the plant camellia was named for the first time by Carl Von Linne (Swedish botanist who created the pattern of modern biological nomenclature, in 1735) according to the work of the Jesuit botanist Kamel Joseph (1661-1706). Before him the camellia was known as "Cha" in China and "Tsubaki" in Japan.

Some plants was mentioned for the first time by the German physicist Andreas Cleyer, who visited Japan during a trade mission in 1682-1684 and in 1685-1687. In the middle of the 16th century, Portuguese sailors and missionaries apparently took camellias from Macao, the  only European base established in China, back to the old continent. At the time the camellias were called "Chinese rose". 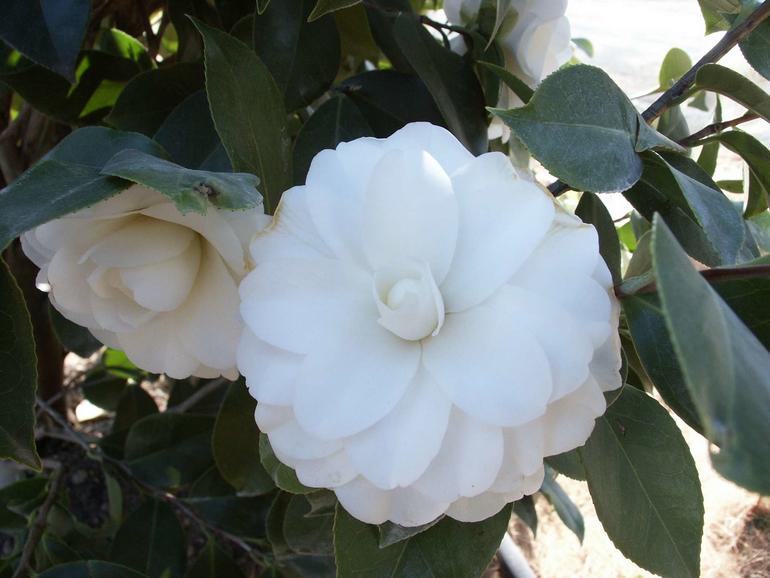 At the end of the 16th century, the first leaves and buds of the tree Tea (Camellia sinensis) were imported to England. The English already liked this infusion and they thought they were  importing seeds from the Camellia sinensis. After a misunderstanding, maybee on purpose by the Chinese who wanted to keep the production in their country, the English explorers and missionaries brought back seeds of the Camellia japonica. Instead of being cultivated to serve as a brevage, it was widely grown for its ornamental qualities, which were greatly appreciated. 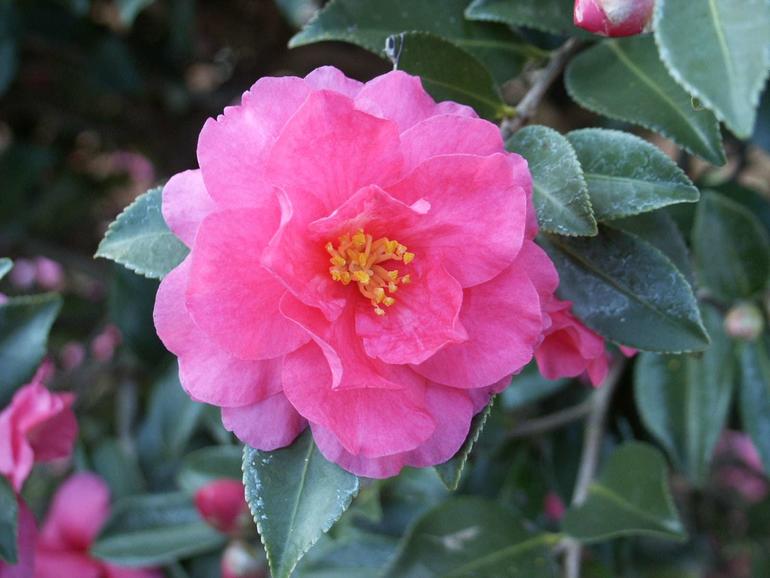 In 1794, four identified Camellia japonica arrived in Europe; two for Germany (Pillnitz Castle and Castle Hanover) the third was donated by Admiral Nelson to the last Queen of the Two-Siciliy's and is located at Castle Cazerte. It's a beautiful Camellia japonica 'Alba Plena', probably the oldest in Europe. The fourth is owned by the descendants of the family of Lord Peter Thornton in England. 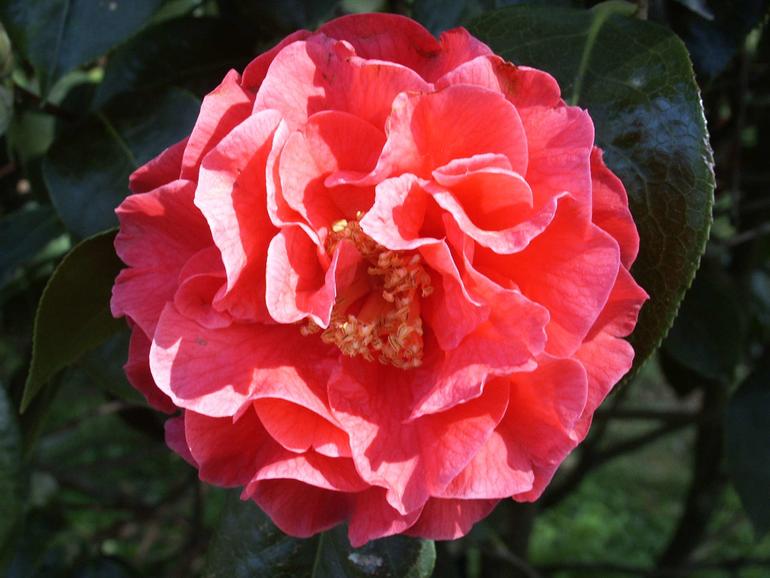 Until the 1820s, the camellia was considered too exotic for the British climate. Those introduced in Britain in the 17th century, were kept in heated greenhouses. The steady expansion of the British activities overseas (Asia, Australia, and the Americas) led to the arrival of thousands of new exotic plants. Through the interest of the aristocracy, sun-heated greenhouses and conservatories were developed. Eventually even the most Victorian villas had, an often octagonal greenhouse, in which they grew camellias.

New varieties are continuously developed  from the seeds, by growers and other producers. It takes several years for a new variety to flourish and succeed in being accepted with a name and a picture. 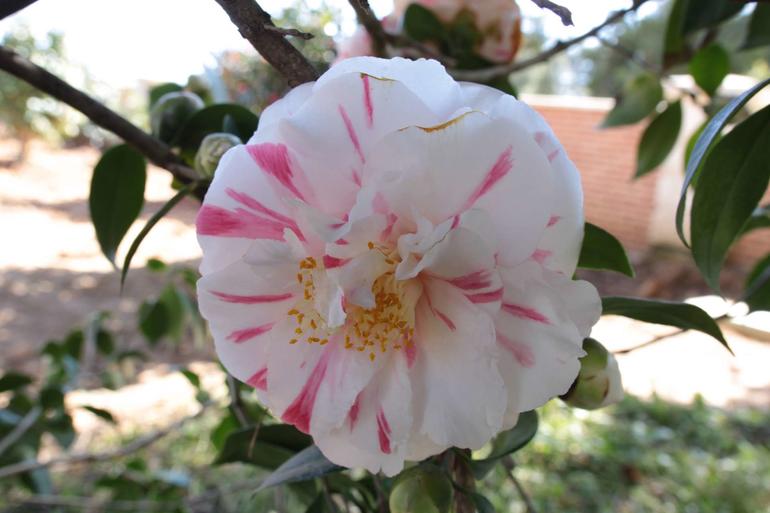 In 1819, only 29 varieties of camellias were known in England. Having camellias became a hobby for the bourgeois and middle classes in England but also in France and Germany. Father Berlèse (1784-1863) was the greatest expert of camellias of the 19th century. He was born and died in Italy but Berlèse completed his study of camellias in Paris, where his private fortune enabled him to establish his own greenhouse. The first edition of his book, published in 1837, began to establish a classification system of camellia varieties. In its third edition, Berlèse based his classification system on the shape of the flowers, listing 701 varieties. One of the most influential projects of Father Berlèse was producing camellia illustrations in three volumes, iconography, covering 300 varieties, which he had illustrated with J.J.Jung in 1841. 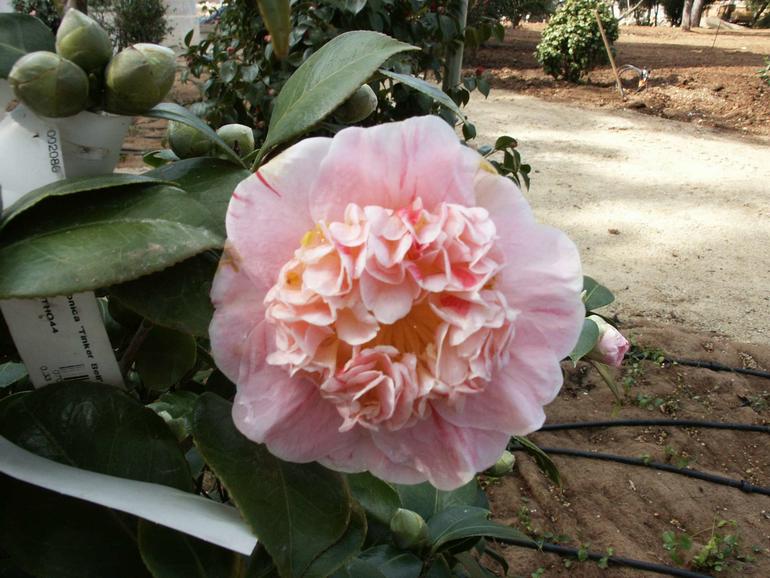 The early history of the camellia, its import from the far East, and its earlier association with the aristocracy, stands in sharp contrast with its increasingly lower social status during the 19th century. Shortly after the completion of this work, in 1846, Father Berlèse sold his vast collection to a nursery. In the mid 19th century a huge nursery industry had been established in order to meet the demand of new varieties and new shrubs. 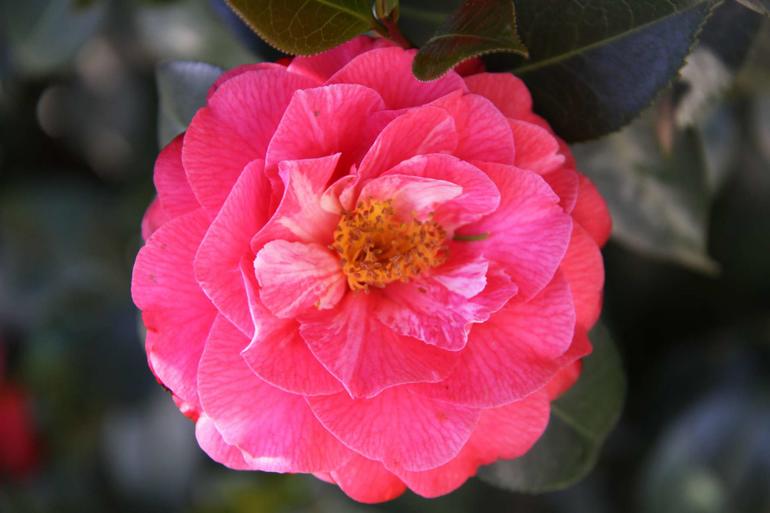 The biggest breeders in France were: Cochet, Leroy and Onillon from Angers,Guichard from Nantes, Bertin from Versailles and Truffaut from Paris. Between 1848 and 1860, an important Flemish grower named Verschaffelts continued the work of Father Berlèse with a series of 13 volumes. The names of new varieties followed the social changes of the time so the names of aristocrats were replaced by names of nationalist hero. 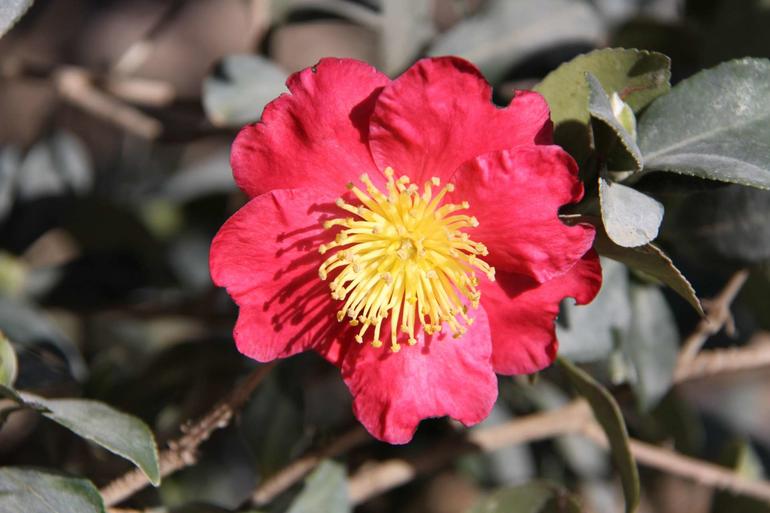 The camellia  also became popular in France where the Empress Josephine de Beauharnais supposedly contributed to the development of the camellia in the early 19th century. She grew them in the gardens at Malmaison.

They raised interest among the public and gained worldwide fame thanks to the novel by Alexandre Dumas Jr'  "La Dame aux camélias" written in 1848. In the early 20th century the production in France had developed so nurseries could export camellia plants to the American continent, both to the United States as well as Argentina and Uruguay. 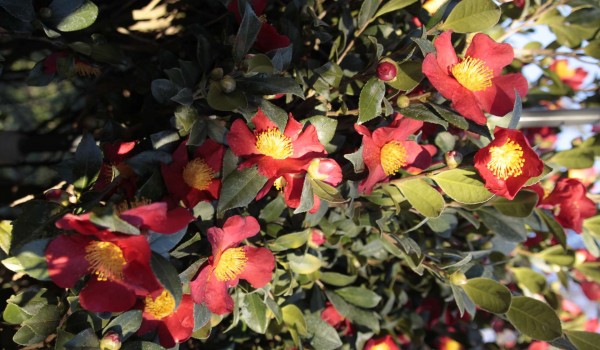 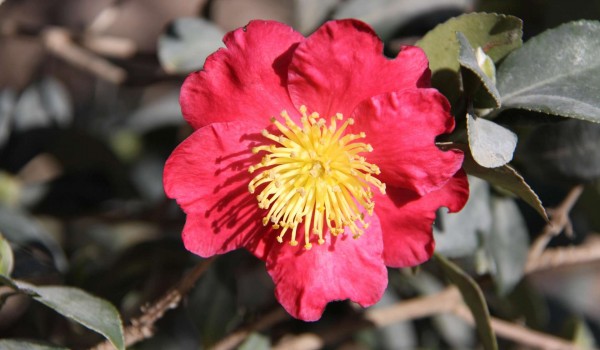 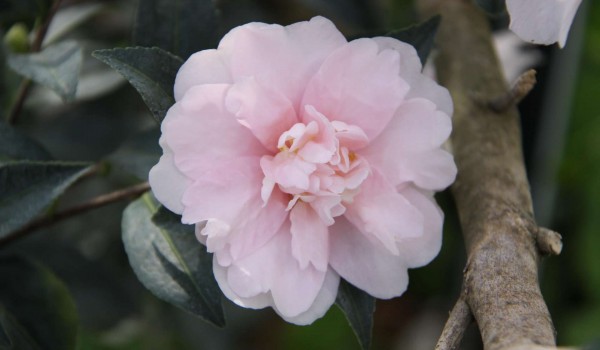 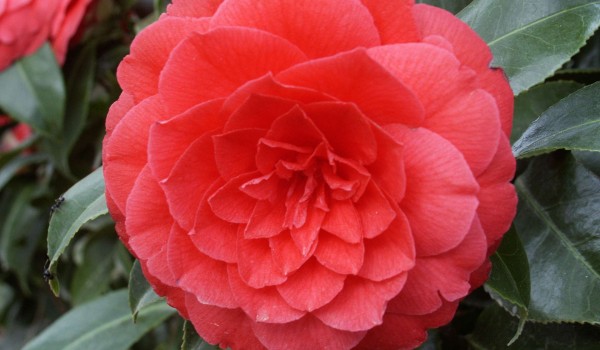 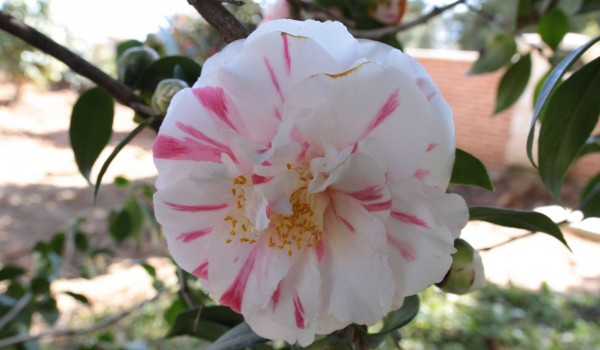 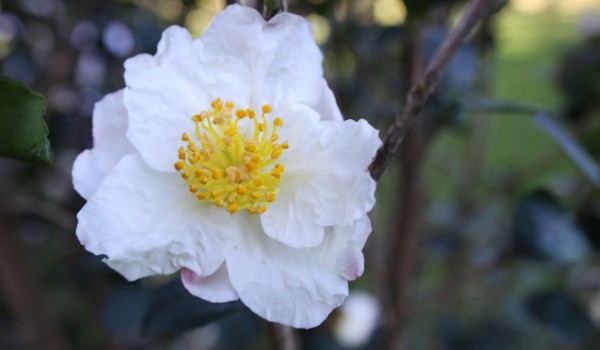 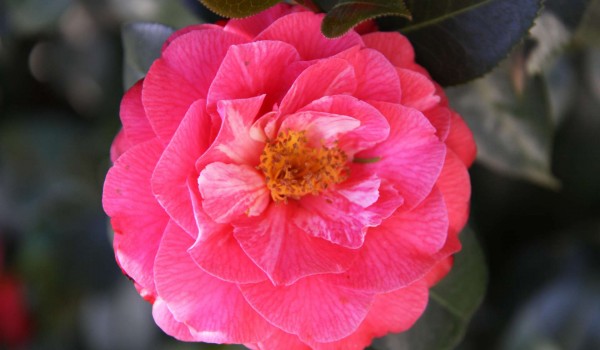 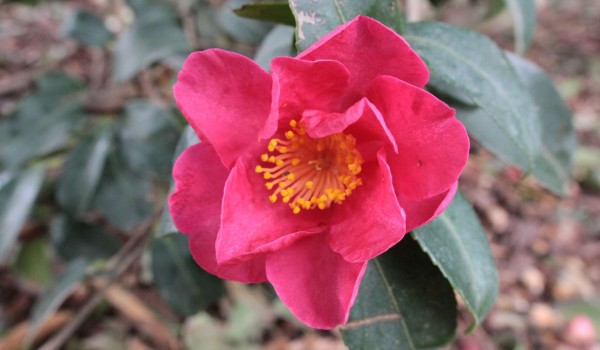