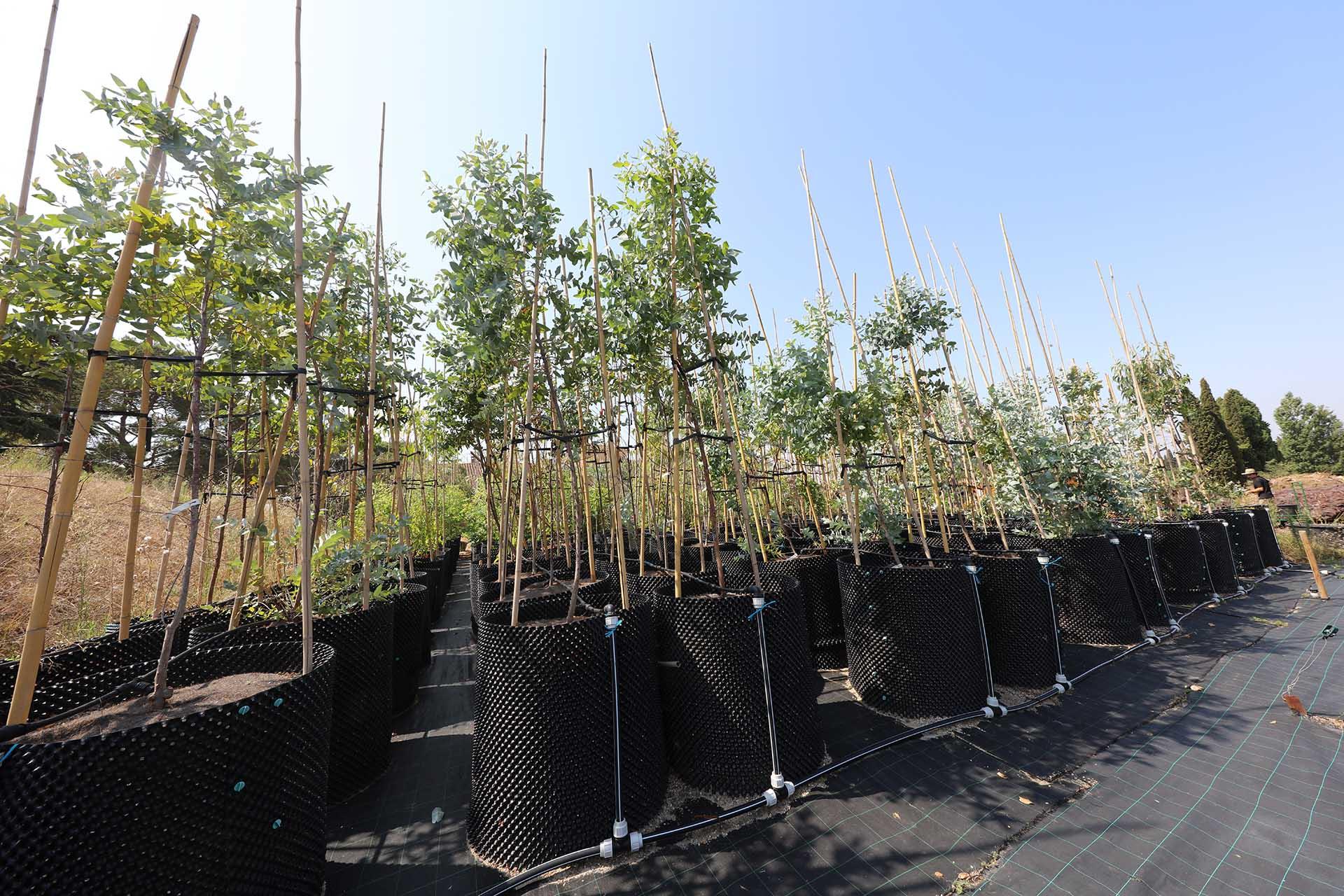 Eucalyptus is one of the world’s most important plant genera. It is the second largest genus in Australia (Acacia is the largest) and contains about 960 species. All but 9 species are Australian. Six are common to Australia and New Guinée (E.alba, E.brassiana, E.confertiflora, E.papouana, E.polycarpa and E.teriticornis).

Distribution and habitats
Eucalyptus occur naturally to the east of the 'Wallace line' who passes vertically through the Philippines to Indonesia. It defines the eastern limit of this trees (Austro-Malay trees).
They are distributed throughout all areas of Australia except the extremely arid desert regions of central Australia and they are rare in dense rainforests. They occur from sea-level to about 2000m on the mainland but are rarely found over 1000m alt in Tasmania.

Their habitats are varied, from exposed coastal bluffs (E.baxteri) to exposed alpine peaks (E.pauciflora). They dominate the forests in high-rainfall areas and the sandy soils and rocky escarpments of dry inland regions. They are a familiar sight in all climatic zones from tropical to temperate regions.

The main concentration of Eucalyptus is in eastern Australia from Cape York Peninsula to Tasmania, following the Great Dividing Range southwards and spreading along its slopes. Eucalyptus grow on an extremely wide range of soils, from well drained to poorly drained or even waterlogged. Soils types cover the whole spectrum, including clays, loams, sands, gravels and rocky skeletal types. They also vary from acidic to alkaline. Some species are tolerant of saline soils.

Growth Habits and Features
Eucalyptus have a tremendous range of growth habits and features such as bark, foliage, bud shape, flower size and colour, and capsule shape. E.regnans, which is the tallest hardwood tree in the world, rises to about 100m. In contrast, E. vernicosa, a Tasmanian endemic species, can be prostrate or a small shrub.

Use of Eucalyptus
Eucalyptus is one of the most important genera for exploitation because there are so many uses to which the plants and their products can be applied. In Australia trees are harvested mostly from natural forests but cultivated forests are increasing in significance. In other parts of the world (Brazil, Portugal, South Africa, India..) over 4 million hectares are used as eucalyptus plantations. The timber is used for heavy engineering projects or is sawn for building construction. Another important use of Eucalyptus is as fuel, a major reason for their cultivation as a forestry crop in the Third World where fuel supplies have been severely depleted. Charcoal is an important product which is used for making high quality/parity pig-iron and Eucalyptus wood is used for this, especially in Argentina, Australia and Brazil.

Environmental planting : Eucalyptus have been planted for over 100 years to enhance the environment. They first became famous for their usefulness in drying up marshy areas of Italy where E.globulus was planted in the Pontine marshes (Latium). E.camaldulensis was introduced to Israel in 1884 when it was planted  primarily to drain malaria infested swamps at Mikve.

Water erosion control : for badly eroded areas a combination of mechanical control and the planting of trees stabilize the soil is needed. A limited range of Eucalyptus is suitable for combating soil erosion (E.elata, E.spathulata, E.robusta…).

Wind erosion control : wind erosion is a greater problem than water erosion and is especially prevalent in sandy soils. The introduction of ground covering plants and tall shrubs and trees can help to halt the oppressive surge of moving sand. In some cases a single line of plants is adequate as a restraint but more are usually required. Many Eucalyptus are ideal for wind erosion control plantings. Plants which maintain growth to near ground level, such a group of mallees, are best but taller trees can be incorporated in the design.

Planting in arid region : Eucalyptus have always been highly regarded for their adaptability and some species have proved invaluable for planting in arid areas. For example in the Negev region of Israel, in South Africa and Asia.

Amenity planting : Eucalyptus are extremely popular for gardens, parks… The ornamental character of Eucalyptus is diverse in shape and color. Another characteristic is the fragrant foliage of many species. They are extremely valuable for energy conservation as windbreak plantings can help to modify extremes of summer heat and winter cold.

History in the south of France : Study object for forestry since the 19th century.

Collection level within the scientific classification of species : we have placed our collection of Eucalyptus on the level of the tribe Eucalypteae.
(Myrtaceae family, Myrtoideae subfamily, Eucalypteae tribe, genius Angophora, Corymbia and Eucalyptus)

State of the collection : We currently have on site 173 taxa of the tribe Eucalypteae, out of a total of 1001.